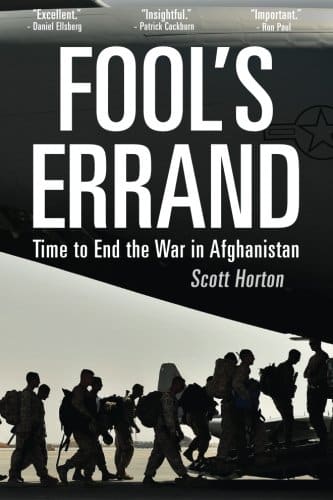 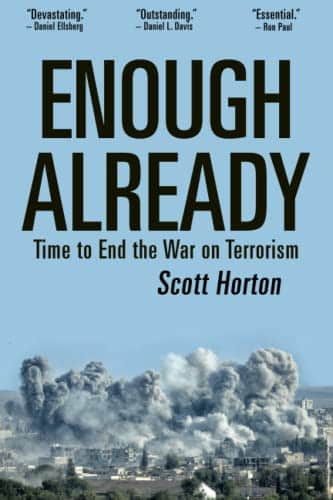 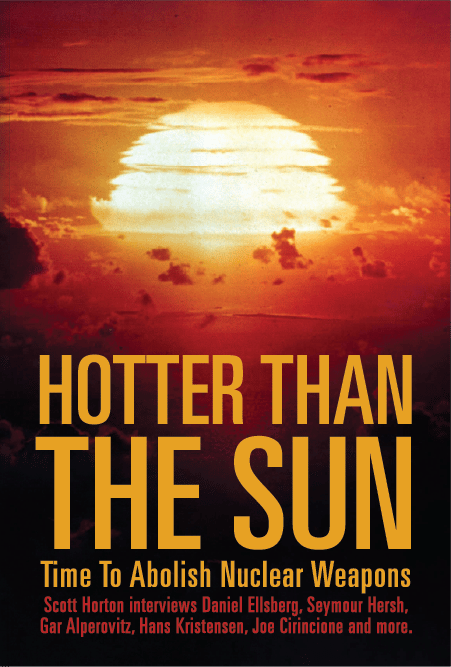 Scott’s Talk to the Colorado Libertarian Party Convention, May 22, 2021

Listen to Scott's speech to the Colorado Libertarian Party Convention about the history of the war on terrorism. https://www.youtube.com/watch?v=3y4kZsUqKPc

Listen to a livestream Scott recorded with Pete Quinones on Friday. They discuss covid passports, the government’s response to the pandemic over the last year and the growing focus in the U.S. government on so-called “domestic terrorism.” Discussed on the show:...

Should the U.S. Be Sending Weapons to Ukraine? Scott Horton vs. Cathy Young at the Soho Forum

This week on Antiwar Radio, Scott interviewed Libertarian Institute Assistant Editor Connor Freeman. Freeman goes over the messy situation Iranian officials face as JCPOA negotiations pick back up while the Middle East Cold War continues to heat up. He also touches on an article he published at the Institute arguing we need more principled opposition to war with China.

Connor Freeman is the Assistant Editor of the Libertarian Institute, primarily covering foreign policy. He is a co-host on Conflicts of Interest. His writing has been featured in media outlets such as Antiwar.com and Counterpunch, as well as the Ron Paul Institute for Peace and Prosperity. You can follow him on Twitter @FreemansMind96

Hassan El-Tayyab is back with a big update on the effort to end U.S. support for the war in Yemen. There are now War Powers Resolutions in each chamber of Congress, and momentum is building. El-Tayyab points to some concerning developments concerning the fragile ceasefire and Biden’s trip to the Middle East that underscore the importance of getting this done in Congress.

This week on Antiwar Radio, Scott is joined by Patrick MacFarlane to discuss the narrative that China is conducting a genocide against the Uyghurs of Xinjiang, its westernmost region. The narrative has become prominent over the past few years, especially with anti-China hawks. But MacFarlane shows that most of the “evidence” of genocide can be traced back to a German anthropologist named Adrian Zenz. Scott and MacFarlane dig into some of the obvious problems with Zenz’s work and put the U.S. Government’s connection to the Uyghurs in context.

Patrick MacFarlane is the Justin Raimondo Fellow at the Libertarian Institute where he advocates a noninterventionist foreign policy. He is a Wisconsin attorney in private practice. His work has appeared on antiwar.com and Zerohedge. Follow him on Twitter @liberty_weekly

This week on Antiwar Radio, Kyle Anzalone of the Libertarian Institute and Antiwar.com joins Scott to discuss the status of the war in Ukraine. Anzalone explains how fighting has evolved in the Donbas region of Eastern Ukraine. He then moves down to Kherson in southern Ukraine as well as Snake Island off of the country’s southwest coast. They touch on the absurd amount of weapons and money Western governments have been sending to Ukraine as well as the accuracy of reported body counts. Finally, they talk about the lack of any real prospect for peace, and how the war will likely evolve as it grinds on.

Kyle Anzalone is news editor of the Libertarian Institute, assistant editor of Antiwar.com and co-host of Conflicts of Interest with Will Porter. Follow him on Twitter @KyleAnzalone_

Scott is joined by CIA officer turned whistleblower turned political commentator John Kiriakou to discuss the trial of Joshua Schulte, the man accused of leaking the CIA’s Vault 7 program to Wikileaks. Schulte denies being involved in the leak. His next trial is fast approaching. Kiriakou explains how the Justice Department also accused Schulte of having child pornography on his computer, although they walked it back when the judge requested they actually press charges. Scott and Kiriakou discuss past cases where the U.S. government weaponized false allegations of sexual crimes against whistleblowers. They then get into a discussion about former CIA officer Robert Grenier who Kiriakou worked with. He talks about their falling out. And any discussion of Robert Grenier is inevitably going to include Bin Laden’s escape into Pakistan at Tora Bora in December of 2001. Scott goes through some of the best books on the topic and Kiriakou gives his account of that critical time period from inside the Agency.

John Kiriakou is a former CIA officer and author of The Convenient Terrorist: Two Whistleblowers’ Stories of Torture, Terror, Secret Wars, and CIA Lies and Doing Time Like A Spy. He is the host of Loud and Clear on Sputnik Radio. Follow him on Twitter @JohnKiriakou.

Scott talks with Alan MacLeod about the reporting he’s done on the surprising number of former FBI agents who have joined the content moderation department at Twitter. He runs through some specific examples of people who have spent their careers working for the Bureau before pivoting to join the tech company. He also talks about the research he’s done into Facebook, Google, TikTok and Reddit.

Alan MacLeod is Senior Staff Writer for MintPress News. After completing his PhD in 2017 he published two books: Bad News From Venezuela: Twenty Years of Fake News and Misreporting and Propaganda in the Information Age: Still Manufacturing Consent, as well as a number of academic articles. Follow him on Twitter @AlanRMacLeod.

Scott interviews Diego Rivera, a veteran and activist, to talk about Defend the Guard legislation. The bill, which has been introduced in nearly all the State Legislatures, aims to block the deployment of National Guard troops to foreign combat operations unless Congress actually declares war. Rivera details the new initiative Bring Our Troops Home, the group behind Defend the Guard, is rolling out to train people in the art of effective political activism. Scott and Rivera discuss how seemingly powerless groups with no access can effectively bring about political change.

7/1/22 Shireen Al-Adeimi: The Ceasefire in Yemen is Not Enough

Scott is joined by Shireen Al-Adeimi to discuss the war in Yemen. They talk about the War Powers Resolution in Congress and the Ramadan ceasefire, which is holding for now. Al-Adeimi points out that the Saudis dropping their support for former President Hadi was not actually a step towards peace. Instead, they turned to a “council” made up of rival warlords who appear destined to use violence in their disputes rather than diplomacy. But, she points out, the Saudis cannot exert any real control over Yemen without full military support from the United States. That defines a clear path for bringing this bloody period of foreign intervention in Yemen to an end.

Shireen Al-Adeimi is an assistant professor of Education at Michigan State. She conducts research on language and literacy and writes frequently about Yemen. Follow her on Twitter @shireen818.

Hassan El-Tayyab is back to provide an update on our effort to end U.S. support for the Saudi war in Yemen. There is currently a War Powers Resolution in the House of Representatives with a Senate version on the way. Scott points out that Biden is headed to Saudi Arabia soon to ask Crown Prince bin Salman for oil. We need to do everything we can to force U.S. military support off the negotiating table before he even lands in Riyadh. Call 833-STOPWAR right now to get connected with your representative’s office, and tell them to support this resolution. If you’re not sure what to say, you can follow the script linked below.