‘Extremism’ is a meaningless word weaponized by politicians against their enemies. 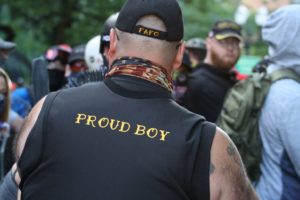 The Biden administration revealed on Tuesday that guys who can’t get laid may be terrorist threats due to “involuntary celibate–violent extremism.” That revelation is part of a new crackdown that identifies legions of potential “domestic terrorists” that the feds can castigate and investigate. But there is no reason to expect Biden administration anti-terrorism and anti-extremism efforts to be less of a farce and menace than similar post-9/11 campaigns.

Since the French Revolution, politicians have defined terrorism to stigmatize their opponents, a precedent followed by the Biden administration’s National Strategy for Countering Domestic Terrorism. The report labels the January 6 clash at the Capitol as a “domestic terrorism” incident but fails to mention it spurred a mushroom cloud of increasingly far-fetched official accusations. Capitol Police acting Chief Yogananda Pittman told Congress that January 6 was “a terrorist attack by tens of thousands of insurrectionists.” Less than a thousand protestors entered the Capitol that day but apparently any Trump supporter who hustled down the Mall towards the Capitol became the legal equivalent of Osama Bin Laden. Unfortunately, this “seen walking in the same zip code” standard for guilt could be the prototype for Biden era domestic terrorist prosecutions.

Scott Horton has done over 5,500 interviews with military leaders, whistleblowers, and investigative journalists. Avoid being part of the mob that calls for innocent blood by learning from foreign-policy experts, and spread the message of peace to others.