This was one of the all-time most memorable and hilarious columns by the late, great Jeff Huber, who died way too young and we all miss very much.

Alexander the Great, eat your heart out.  Et tu, Julius Caesar.  The same goes for you, Charlemagne.  Dead or alive, Osama bin Laden is the greatest military and political strategist in human history, bar none. 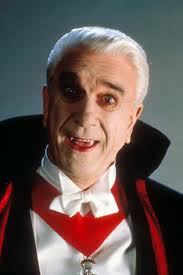 Neither Alexander nor Caesar nor Charlemagne managed, as bin Laden has, to lure the best-trained, best-equipped military of the world’s all-time mightiest nation in a series of inescapable goat-rope entanglements without so much as an army or a navy or an air force of his own.  Moreover, humanity’s other great conquerors’ achievements barely lasted beyond their lifetimes.  Alexander’s empire, which stretched from modern-day Turkey and Egypt to the border of India, collapsed almost immediately upon his death, reputedly caused by poisoning, at age 32.

Big Julie’s wet impeachment sent Rome on a long tumble that led to its fall when the military that had created it took control of it and sold it to the Barbarians they were supposedly protecting it from.

Charlemagne managed to organize the barbarians into a single European empire, but when he died in 814 CE his realm split up into France and Germany, and you know what sorts of trouble those two caused until the 20th century when two world wars and an upstart country in the new world put the kibosh on their escapades.

The upstart United States went on to consolidate its gains in the Cold War when the “Evil Empire” succumbed with a whimper, and became the first truly global hegemon.  The American warmongery was lost at sea.  How could they possibly continue to coerce Congress into continued cash caisson and gravy boat and wild blue budget defense spending? 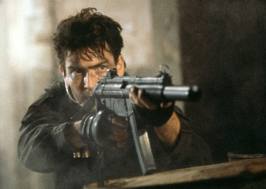 Along came a fantastic new superhero of the neoconservative movement and no, I’m sorry to disappoint you Frank Zappa fans, it was not Studebaker Hoch.  It was Bill Kristol, the slow-witted son of the “godfather of neoconservatism” Irving Kristol.  Bill’s brain, Robert Kagan, whose even plumper brother Freddie is said by some to have been the “godfather of the Iraq surge,” talked Bill into forming a tank thinkery called the Project for the New American Century, and the rest, as they say, is the history of yet another empire that took a swan dive off a cliff in the Khyber Pass.

Bob Kagan gathered a kennel of the world’s most rabid right wing war wonks like Dick Cheney and Don Rumsfeld who got down to work—or rather the glittering young Stepford Republicans who do their work for them got down to work—and cranked out a forest’s-worth of letters and statements and publications and reports about what American needed to do.

One such literary masterpiece was their 1997 Statement of Principles, a harangue that principally stated that even though America’s leadership had produced an era of global peace and prosperity unknown in any previous age, America’s foreign policy was “adrift.”

To correct the alarming global trend toward a post-modern renaissance, the New American Centurions insisted that, “we [Americans] need to increase defense spending significantly if we are to carry out our global  responsibilities,” and that, “we need to accept responsibility for America’s unique role in preserving and extending an international order friendly to our security, our prosperity, and our principles.”  By “our principles,” of course, they meant good old conservative principles rooted in the grand traditions of cross burning, lynching and brainwashing poor white people into thinking cake is a super food. 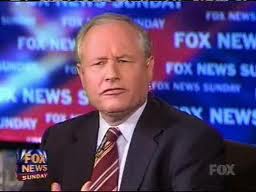 Now, some folks said he looked like
Zubin Mehta…

Then in ’98 they wrote a letter to President Pants demanding that we (Americans) invade Iraq before Iraq invaded us or somebody just like them did.  I was wrapping up my naval career at the time, and though I correctly diagnosed the New Centurions as a flock of crackpots suffering from Cold War withdrawal, I unwisely dismissed them as a harmless flock of crackpots suffering from Cold War withdrawal.  By Sept. 2000 it looked like their handpicked finger puppet and his master Dick Cheney might actually gain the White House, and the Centurions bared their fangs with their Neoconservative manifesto, Rebuilding America’s Defenses.

RAD revealed the center of gravity of the oncoming administration’s foreign policy: global domination through military occupation.  Invasion of Iraq was a key first phase of the neocon strategy.  It had nothing to do with terrorism, or with weapons of mass destruction, or even with getting even with our long-time former ally Saddam Hussein.  Ending Hussein’s regime was merely a convenient excuse to establish a permanent military base of operation in the center of the oil rich Gulf region.

But the Centurions admitted that the American public wouldn’t go along with a scheme as crazy as theirs without some sort of “new Pearl Harbor.”  I turned in my retirement request right about that time, thinking that if I were a maniac bound and determined to outdo Bill Kristol’s maniacs, I’d give the crazy bastards exactly what they were looking for.

I don’t know if Osama bin Laden had the same thought, but he might as well have, because he couldn’t have picked a better stratagem than the 9/11 attacks to goad us into becoming the victim of our own military/industrial establishment, the one that President Dwight Eisenhower warned us in 1961 would take over if we didn’t stay on guard against it.

Those of us who hoped young Mr. Obama’s election would mean an end to the unwarranted influence of the American Pentarchy have been sorely disappointed.  The promised withdrawal deadlines for Iraq and the Bananastans have vanished like a twenty-dollar tip, and we’re bombing Libya into so many smithereens that it will take Dick Cheney’s Halliburton pals forever and a day to put it back together again.

The strategic genius of Osama bin Laden has turned our once great Republic into a militaristic oligarchy that will ruin us, just as the Praetorians ruined Rome.   The only things I can see stopping that from happening are a) if Denny Kucinich takes the Democratic nomination and the White House in 2012 and has a filibuster-proof congressional majority backing him or b) if the Vulcans reveal themselves to us and give their matter/anti-matter technology.

But what are the odds of either of those things happening?